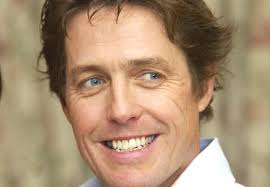 As authors, it’s normal for us to write our heroes as alpha males but can a beta hero be just as attractive? Let’s examine the differences and this question might be answered.

The alpha male is most women’s idea of the hero. He is masterful, confident, a man of influence and a man of action rather than words. This hero is protective of his woman but often not interested in being tied down. He will be sexy and sensual, fully aware of his effect on the opposite sex and willing to use it to get what he wants. What makes our alpha hero even more intriguing are his vulnerabilities. These will be hidden from the world, masked by aloofness, and only our heroine will be able to expose his softer side. She will heal his wounds.

The alpha hero will likely be first born and a leader in everything he does. He has climbed the tree of success to the very top. He won’t suffer fools and won’t be slow to confront a problem head on. He moulds the world to suit his needs, he makes things happen and will never die wondering. Sensitivity is often not his forte and he will put people offside with his confidence and brashness.

These are all wonderful characteristics for our romance hero but can a beta hero work just as well when it comes to stoking the fires of love in our heroine?Beta guys are more popular now than they once were. This could be due to the advent of a more sensitive society where the particular traits of the beta are valued. He is often a younger sibling, perhaps a middle child. As such, he is a people person, good at getting along with others and is someone who will put the needs of others first. He would be a great hero for a heroine in need of a little TLC.

Our beta hero is a diplomat whose confidence will be boosted when he can master a problem. When he rescues his heroine he shines. He is a practical person, a quiet achiever, more likely to walk away from confrontation but that doesn’t mean he can be pushed around. Family is important to him unlike our alpha who is often a loner. The beta hero is prone to hide his feelings behind humour, especially if he has been hurt by a situation. He could appear weak at times, influenced by the desires of others and unable to make quick decisions. His self-sacrificing nature could grate if carried to extreme.

So can a beta hero work in a romance novel? I think he could be the right choice if he has qualities that the heroine needs. A heroine with tragedy in her past, especially relating to a man, will need someone she can count on who will place her needs first. She will appreciate his consideration and his chivalry because he makes her feel like she is his princess. A feisty heroine could also compliment a beta hero- opposites attract. In this situation, the writer would need to be careful not to create a hero who can be pushed around by his woman. She might be able to get her way in most situations but when it matters, his word will be law.

So have I changed your mind about writing a beta hero? Do you now want to read a story where the beta is the hero and not a secondary character? Have you written or read a story based around a beta hero? What were his endearing characteristics and what sort of woman was he set against?

Why do I ask? I’m currently writing a story where the hero is a beta male. He is gorgeous, takes his duty very seriously and will do anything for the woman he loves. I want to get his character right from the start. He must care without being weak; be a man of action but not confrontational. He must be a thinker and have deep emotions. He isn’t wounded but he does have flaws that are consistent with the beta male- possessive and a little obsessive, makes judgement mistakes when he allows his emotions to take over and is too self-sacrificing. I’m walking a fine line. I’ll let you know how I progress.

In the meantime, I’d appreciate your thoughts on the beta hero and his place in the romance novel.

8 thoughts on “Alpha versus Beta Heroes”

Bernadette Rowley is an Australian fantasy romance writer. Her first book will be released in 2012.